I was constantly getting the two mixed up. I would think I understood the difference between the two and then, I would be confused again.

We could say that practically all the problems of the human race are due to the fact that thought is not proprioceptive.
~David Bohm

The vestibular system is similar to the other five senses in the way that it takes external information and relays it to the brain.

It is located in our inner ears and is made up of three semi-circular canals.

Most people say it focuses on “movement and balance” and answers the questions: Which way it up? and Where am I going?

Another major responsibility of the vestibular system is clear vision.

Without the vestibular system, we would see the world like the filming of the Blair Witch Project or any camera that is moved as quickly as our eyes move. If our brain was unable to compensate for the movement of our body, head, and eyes, almost everything would be a blur.

Here are some common signs of vestibular dysfunction:

The proprioceptive system is the only one of the seven senses that doesn’t directly take in information from the outer world.

Instead of gathering information from the outside world, it collects information from its receptors that are located in joints, muscles, tendons, and, as I mentioned in an earlier article, the fascia (fascia had 10x more proprioceptive receptors than muscle. More on that in an upcoming issue).

The proprioceptive receptors are activated by elongation, compression, or traction. Often movement is needed to activate the receptors. Since movement is commonly found in both proprioception and vestibular, the two often cannot be separated.

Interoceptors are also part of the proprioceptive system and are located in the gut and internal organs to signal bodily functions like hunger and the need to use the washroom.

Here are some of the common signs of proprioceptive dysfunction:

Since movement is a major part of both senses, it is easy to why they are easily confused. Many activities use both systems. The bonus of having the two senses so closely related is that by doing specific movements, both senses can be improved. In most cases, we don't need to know which system is being helped more, we need to focus on taking the action.

If you are interested in seeing the effects of only a damaged proprioceptive system, this documentary is about a man who had proprioceptive damage and was able to relearn movement, something the experts thought was impossible.

Interestingly, his unique experience has some similarities to living without gravity.

Also note, when it first happened and he would lie in bed, he felt like he was floating. Maybe that's why some people love weighted blankets.

If you enjoy movement, the new fidget cubes are on their way! (go to about the 3 minute mark in the video to see the cube in use)

Also, after a long hiatus, our transformers are back! Plus we have some related items, not yet on the website.

Send an email if you would like to order any of the new items below.

Transformers  Begins as a car and through some wrist action, becomes a transformer. 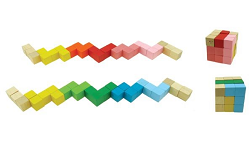 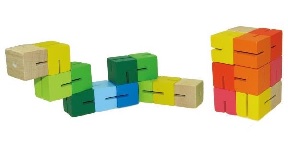 P.S. As a thank you for sharing your knowledge, you can be entered to win a weighted lap pad! Go here for more information about how to enter.